Nintendo Switch is Nintendo's Next Console

For months we've heard rumors about the Wii U follow up, and now Nintendo's ready to
show off its new gaming machine. 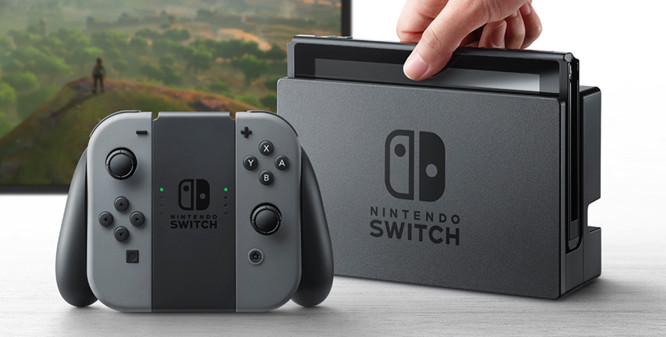 For months, we've heard dozens of rumors surrounding Nintendo's next console, called the NX. Portable controllers,
stand alone handheld devices, cartridges?! Now, we're getting much more detail about what has only been secrets
at this point in the form of trailer Nintendo just posted showing off its latest creation.

Published on Oct 20, 2016
Introducing Nintendo Switch! In addition to providing single and multiplayer thrills at home, the
Nintendo Switch system also enables gamers to play the same title wherever, whenever and with
whomever they choose. The mobility of a handheld is now added to the power of a home gaming
system to enable unprecedented new video game play styles.

Visit Nintendo.com for all the latest! http://www.nintendo.com/