Don't feel like talking sports? This public forum is the place to do it!
Post Reply
205 posts

I got the idea from a post in another thread but I just thought that it would be cool to get to know everyone a little better. It was easier to keep track of people when we started but now with the Ohana growing, it's become very difficult to remember everyone. You DO NOT have to give a detailed biography (unless you want to), I know many are leery of posting this information on the internet but maybe just something to remember you by or something that defines you. Let me start:


Name: Scott AKA Adminman by TW
Schools attended: Waipahu HS ('89), UH Manoa 89-92, UOP 03-04. Starting Masters soon.
Affiliation to UH Sports: I love all UH sports!
Sports In Hawaii: Use to be a competitive Table Tennis player, HS Band geek, HS Chess Club President (4 years), UH Band for 1 year, Was in Wrestling and Judo. Took Aikido for almost 10 years, helped coach WHS Judo team one year, grandfather was an 8th degree black belt in Aikido(highest at the time in America) was fortunate to meet in person some of the founders and top students from Japan.
Work: Grace Pacific Corporation (Hot Mix Asphalt Plant Manager) been there for 20 years now.
Famous Quote: In 1989, I wrestled in the 189 lbs division (I was only 171 lbs) and my opponent was yelling and pointing at me before the match started. He tried his best to intimidate me. Seconds before I pinned him I whispered in his ear, "Do you know that you're getting pinned by the (Waipahu's) Chess Club President!"
Hobbies: I still love to play basketball and play in three leagues a year. I'm still trying to get SportsHawaii.com in the media league.
I don't play Table Tennis much anymore but do go with Pops AKA Grandpa to Vegas every year and enter the National Tournament. I usually just practice a couple of weeks before the tournament and then fly up with him. He has been playing consistently/continuously for over 40 years.
I'm a geek and use to play online games like Ultima Online, Team Fortress Quake, Counter Strike, Shadow Bane, Vanguard and Battlefield 2142. Now I only play Team Fortress 2. I also use to be a Nintendo/Play Station addict (College days) and owned in all sports games. However, as much as I practiced I could not beat Ubercow (my brother) in fighting games. As he used to say, "I have l33t skillz."
Many of you already read why we started SportsHawaii.com and I would like to say that I'm really happy with the direction that it's going in. We have made a lot of wonderful friends and I've grown tremendously as a sports fan.
"Do, or do not. There is no 'try'."
- Yoda ('The Empire Strikes Back')

I want to say I've had more fun with you all than I ever thought possible and I REALLY want to meet in person as many of you as I can.
Top

Name Jaren
Schools Attended King Kekaulike Highschool ('99-02), UHM ('02-'07 Grad this May!)
Affiliation to UH Sports Love sports in general, Becoming a big UH fan. I have also worked at LMS for the past 4 years.
Sports in Hawaii Played Varisty Basketball for 3 years, Also played a little football in HS.
Work LMS
Hobbies Played a lot of computer games but have since stopped for a while. Games Played Battlefield '42, Battlefield 2, WoW (Horribly addicting). Haven't played these games in almost a year now, but I'm itchin to get back into them...
Top

Name: hilo65
Schools Attended: Hilo HS '03, almost every CC on the island and then UH Manoa '05
Affiliation to UH Sports: Grew up on it. Been a fan since I was able to walk.
Sports in Hawaii: Baseball as a kid. HS: Wrestling, Golf, Judo
Work: 2 local restaurants
Hobbies: working out, watching any UH sport, riding motorcycles
Top

CityOfWalrus
First guy off the bench 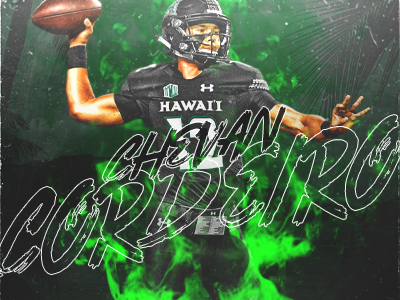 Name: NYWarrior
Schools Attended: Damien Memorial HS ('96), Hawaii Pacific University ('96-'99)
Affiliation to UH Sports: Been watching UH football, basketball, and volleyball since my hana bata days.
Sports in Hawaii: Played four years of high school football and one year of wrestling for the Monarchs.
Work: Systems and Network Engineer for a Fortune 500 company
Famous Quote: "Now I want you to remember that no bastard ever won a war by dying for his country. You won it by making the other poor dumb bastard die for his country." -General George S. Patton, Jr.
Hobbies: Watching all kinds of sports, playing computer games during my spare time, and spending time with the wife.
Top

born and raised in hawaii, but now living on the mainland.
Top

Name: Matt aka uhwarrior23
Schools attended: Grad of Ko'olau Baptist Academy '98! I get my AA from WCC in May and will be attending UH-Manoa in the fall; will most likely be majoring in History.
Sports in Hawaii: Played 4 years varsity b-ball at KBA!
Affiliation to UH sports: Believe it or not, I beat Julian Sensley in a game of one on one! I kid you not! I think he was a Sophomore at Kalaheo at the time. I'm an unbelievably huge UH sports fan!
Work: Part time security guard!
Famous quote: "Put your faith in God and everything will turn out for the better."
Hobbies: Watching UH sporting events on TV and in person, playing b-ball, lifting weights, playing ps2 (NCAA f-ball '07 and March Madness '07- dynasty mode.)
Last edited by uhwarrior23 on Fri Feb 23, 2007 2:07 pm, edited 1 time in total.

Fourth and one
Pom pom fluffer

Affiliation to UH sports: We went to every game of Von Appen's last year and had a great time even though UH was pretty poor, and haven't missed a home game since. Follow Rainbow Baseball as well.

Work: Retired from US Navy after 25 years, currently work for the Navy's Space and Naval Warfare Command overseeing installation of communications and network gear on submarines.

I've gotta say I've had a great time at the tailgates and Na Koa football lunches with the Sports Hawaii Ohana, and the web site is one of my first web visits everyday.
Top

Affiliation to UH Sports: Insomniac on the East Coast, LOL. Have stayed up till 3-4 in the morning for 4 years now.

Sports In Hawaii: Never been to Hawaii. Wife's bugging me to go eversince she saw Hawaii tourist commercials during UH Football telecasts.

Work: Board of Ed employee for 10 years.

Famous Quote: I'll think of something.

Name: OldBamaGuy (The First Bank of Dad to my kids...)

Schools attended: Livingston (NJ) HS ('Paleolithic Age), University of Alabama (BS in Education), Half a masters in Asian Studies from Seton Hall University and 3/4 of a MA in Administration from Montclair State, Air War College (as a civilian in '96)

Affiliation to UH Sports: Three football games vs. Alabama and great looking hat and t-shirt from the gracious, erudite and magnanimous TW!!

Sports In Hawaii: None but played soccer at Alabama

Work: Corporate Welfare Recipient (VP, Wachovia Bank - I used to be self-employed but gave up variety for regularity.)

Favorite Quote: "Of all the gin joints in all the world, she had to walk into mine!" followed by [Rick] "Sam, what time is it in New York?" [Sam] "I don't know my watch stopped working..."

Hobbies: Too many ... but primarily Alabama Football, photography and genealogy.

Affiliation to UH Sports: I went to my first UH football game in '79 when UH beat ASU (how ironic that I live at ASU's doorstep now). I was a student season ticket holder in '81 and '82, my last 2 years in college when I lived in Gateway House. I was also a big fan of Hawaii Baseball, when the Keiki Korps finished runner-up at the College World Series. Back then the championship game was a single game, so Hawaii got screwed because they played a 1-loss UA team and lost the championship game. It should have been double elimination. I worked as a student help in the UHAD under Dick Fishback, who was Assistant AD at the time. Dick handled Koa Anuenue. Dick is retired and lives in Henderson, near Las Vegas now and I met up with him at the last UH-UNLV game two years ago. I went to few BB games, but UH football and Hawaii baseball were my passion.

Favorite Quote: There's a lot of good ones. I like the ones from Field of Dreams (Build it and he will come. Go the Distance. Ease his pain), Patton, too, that someone else mentioned, and Tombstone.

Hobbies: Watching UH football is tops on my list. I play in the Men's Senior Baseball League (28+) pretty much year round. I follow the NY Mets and Arizona Diamondbacks in baseball, Phoenix Suns in basketball, and UH in football...don't follow the NFL too much.
Top

Affiliation to UH Sports: first UH football games back in the late 80s/early 90s thanks to the hookups from my auntie's co-worker. honestly didn't start watching the JJ teams until the '01 season

i did used to watch some UH games (men's & women's v-ball, b-ball, f-ball) while growing up but was not that into it.

Sports In Hawaii: none unless you count soccer for 2 years when in elementary school. used to like to play basketball when i was in shape & bodyboarding

Work: Roberts Hawaii (mechanic helper) '94-'98, USMC '98-02, '02-Present DOD civilian for the U.S. Army.
I also own my own telecommunications business in my spare time with my wife. PM me if you want to know more about that since i don't want to spam the board...

Favorite Quote: refer to my signature below LOL

Hobbies: Sports Hawaii, trying to get back in shape, spending time with my wife, family & friends, watching the WARRIORS play at NoAloha live