Don't feel like talking sports? This public forum is the place to do it!
Post Reply
7 posts • Page 1 of 1

Chuck Yeager, pilot who broke the sound barrier, dies at 97

Pilot Chuck Yeager Dies At 97, Had 'The Right Stuff' And Then Some

Chuck Yeager, Test Pilot Who Broke the Sound Barrier, Is Dead at 97

Wow. Didn't know that he was still around. Rest in peace.
Cats don't have owners. Cats have servants.
Top

Same here. LOL I honestly thought he passed away years ago.
Top

Same here. LOL I honestly thought he passed away years ago.

General Chuck Yeager, at the ripe old age of 89 years, boards an F-15 Eagle at Nellis AFB as part of an
honor flight. The flight was conducted in recognition of the first manned supersonic flight, when Yeager
broke the sound barrier in an experimental Bell X-1 aircraft on October 14, 1947. Filmed on October 14, 2012.

Chuck Yeager Was a Hero to Speed Demons Everywhere

If your heart runs quicker at the thought of ultimate speed, you owe a debt to General Yeager. 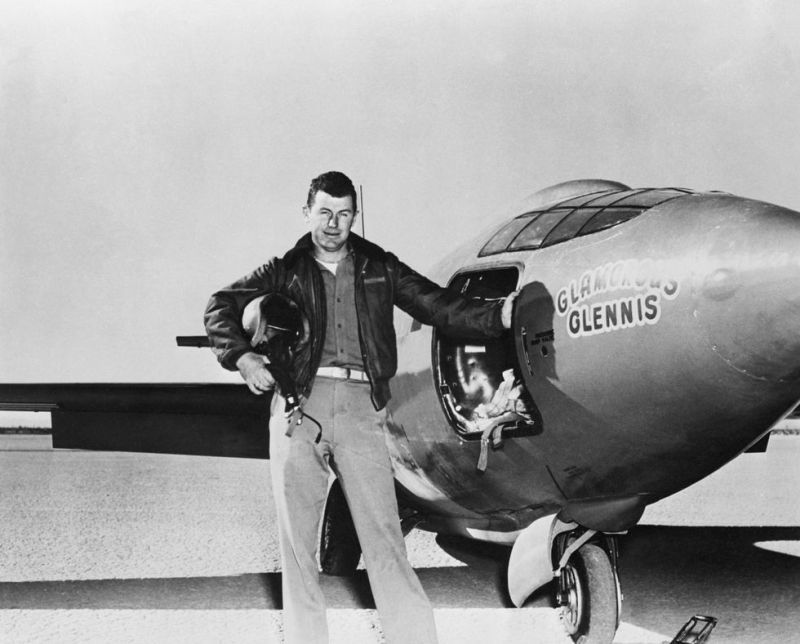 
Brigadier General Charles "Chuck" Yeager passed away last night at a California hospital. He was 97 years old. Yeager will be remembered
best as the man who broke the sound barrier, a widely publicized achievement that he chased bravely. While Yeager’s achievements brought
him notoriety, we admire a different Yeager—the speed freak who chased his passions, including cars and motorcycles, without an ounce
of pretension.

You might not suspect that from a man whose life reads like action-movie fiction. Yeager’s prodigious talent behind the yoke of a fighter
plane (plus his keen eyesight) landed him a seat in the U.S. Air Force 363rd Fighter Squadron. Yeager flew P-51 Mustangs, mostly, and
remains one of just a handful of pilots to become an ace in a single encounter, scoring five kills in the fray. Later in the war, Yeager was
shot down over Europe, only to become a member of the French resistance, cross the Pyrenees, return to base, and keep flying fighter missions.