Don't feel like talking sports? This public forum is the place to do it!
Post Reply
2 posts • Page 1 of 1


"If you tell aliens that our units of measurement are based on a hunk of metal,
you will be the laughingstock of the galaxy." 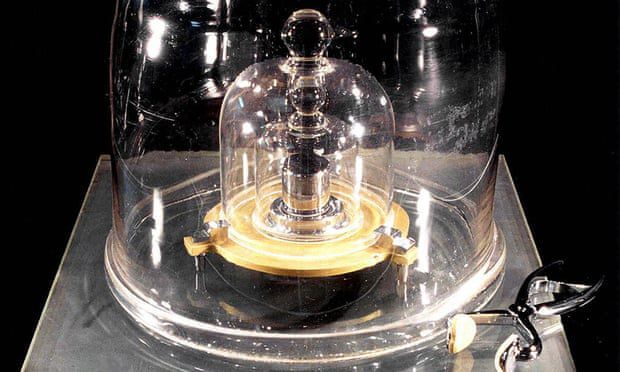 
As agreed upon by scientists and representatives from around 60 countries last year, the world's
measuring systems are shifting away from using physical standards. Among the most prominent
of these is the international prototype kilogram known as Le Grand K, a small metal cylinder protected
underneath Paris that has defined weights and measurements since 1889.

The change is meant to remove the risk of relying on physical items. Even microscopic changes, from
air pressure to the metal that has defined a kilogram, could have large implications.

"Unlike a physical object, a fundamental constant doesn't change," says Stephan Schlamminger, a physicist
at the National Institute of Standards and Technology (NIST) in Gaithersburg, Md, in a press statement.
"Now a kilogram will have the same mass whether you are on Earth, on Mars, or in the Andromeda galaxy."

Re: Why the World's Measuring Systems Just Changed—and What It Means

During the first week of Chems class in high school, the teacher threw out the concept of "moles" at us. I never understood it then, and never caught up the rest of the year. And to this day to me, a mole is a small mammal that tunnels underground, but which we do not have in Hawaii.
Cats don't have owners. Cats have servants.
Top
Post Reply
2 posts • Page 1 of 1