Don't feel like talking sports? This public forum is the place to do it!
Post Reply
42 posts

The Tale of the Tommy Gun

The Iconic Thompson submachine gun and how it got so famous. 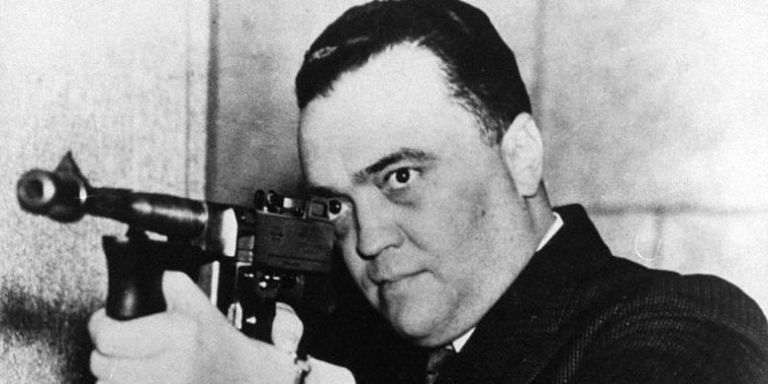 Bootlegging gangsters of the 1920s and 30s firing a barrage of bullets at the G-men in pursuit—that's the mental picture you might
have of the Tommy gun. But while the Thompson submachine gun was designed for the trenches of World War I and gained notoriety
as a gangster's weapon, it was the battlefields of World War II that saw it win its place in history alongside the other best-known
firearms of all time, with as many as two million made.


THE 240-YEAR EVOLUTION OF THE ARMY SIDEARM


We Drive the JLTV, the Humvee's Successor


Droneception: Lockheed Launches a Flying Drone From a Swimming Drone


5 of the Largest Tanks Ever Conceived


How U.S. Navy Radars Can Be Scaled for Any Size Ship


Three Rifles That Could Replace the Army's M4A1 Carbine


The Air Force is Reactivating the Giant C-5 Galaxy


75 years after Midway, US Navy hero honored in NY hometown

Turning a Mail Carrier Into a Warplane


Giant C-17 Airlifter Does Low Level at the Mach Loop


New Photos Reveal Extent of Damage to the USS Fitzgerald


U.S. to Move Ahead With Independent Military Cyber Command


A 1930s-Era Plane Is Making the Reaper Drone Even Deadlier. Here's How.


Is This the Future of Military Small Arms?


Here's every class of ship in the US Navy


The Russian Military Is Getting New Assault Rifles


The U.S. Army is Looking for Its First New Submachine Gun Since WWII


The U.S. Army Is Inspecting Its Entire Fleet of Apache Helicopters for a Critical Flaw​​

Find out more about this film, featured in "The Unwritten Record," the National Archives blog of the
Special Media Archives Services Division: http://blogs.archives.gov/unwritten-r...

Scope & Content: On the Japanese aerial attack on Midway Island and U.S. ships in the area. Shows
activities before, during, and after the attack. Reel 1, Marines parade on the island and bombers
prepare for a flight. Japanese planes attack the island, setting fire to a hangar, a ship, and other
targets. Reel 2, carrier planes take off and Japanese planes attack ships. Several planes are downed.
Shows damage on the island and dead and wounded men on ships and shore.

For More WWII History and Collectibles check out: http://awartobewon.com/

THE BATTLE OF MIDWAY:
After suffering a series of defeats across the Pacific, the US Navy destroyed the heart of the Imperial
Japanese Navy at The Battle of Midway, sinking four Japanese aircraft carriers and destroying hundreds
of enemy planes. Midway was the turning point of the Pacific War and started an American offensive
that would lead to the ultimate defeat of Imperial Japan.

Hollywood Director John Ford and his cameraman shot the16mm color footage of the attack on
Midway Island by hand. The film was one of four winners for Best Documentary at the 1942 Academy Awards.

Seven months after the attack on Pearl Harbor, American and Japanese forces clashed over Midway Atoll,
a dot of land in the middle of the Pacific Ocean. The Battle of Midway tested intelligence and combat
capabilities on both sides – while decidedly altering the outcome of World War II. #TheWorldWars


Bigger than D-Day: The Battle of Midway Wrecked Japan (And Turned the Tide of World War II)


Best Tank In the World (For Now): The Army's New M-1A2C Abrams Has Arrived


How a Customer Service Rep. Saved a Marine Sniper in a Shootout


Case Closed: This Aircraft Carrier Will Go Down As the Best in History


To Prevent Cyber Snooping, the U.S. Navy Is Relying on WWII-Era Communications


The A-10 Warthog Lives To Fly Again


The Marines Are Changing the Way They Do Business


The USS Zumwalt Won't Be Battle-Ready Until 2021

The Essex-Class Aircraft Carrier May Be Retired, But It Was The Best Of Its Generation


Why Air Force Pilots Still Love The A-10 Warthog


The Air Force Is Finally Retiring The B-1 Lancer Bomber


These 5 Military Rifles Have No Equal On Planet Earth


The Army's Next-Generation 50mm Cannon Is Ready To Destroy