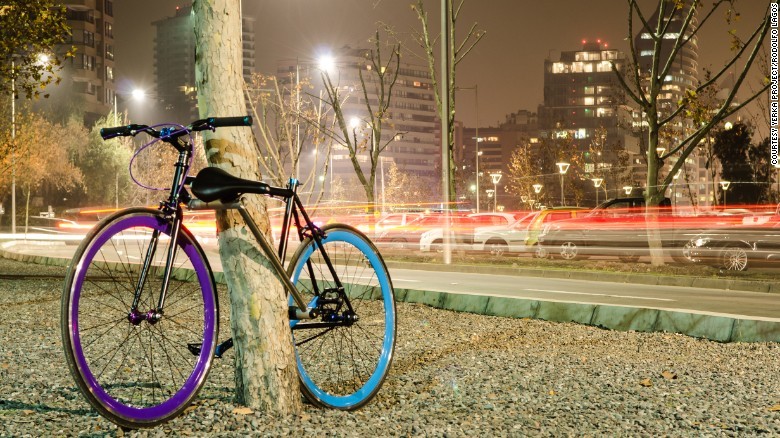 (CNN)Three young entrepreneurs claim to have solved a problem that makes every cyclist's blood boil -- they have invented the
world's first "unstealable" bike.

The theft of two bikes from one of the inventors pushed the former engineering students from Chile to tackle the exasperating crime.
Their solution? To create a frame that is dismantled and reconnected to make a lock -- all in just 10 seconds, according to its creators.

Fitted on a stylish steel frame, the bike's aluminum downtube splits in two to allow the seat tube to form a steadfast lock around any
tree, pole or bike rack. The only way to take it would be to saw through it -- making the bike useless.

And last week was an important one for the three young men as they put in their first order to produce 300 of the bikes.