Let's get ready for football!!! I wonder what's the best way to watch Hawaii football this year if you don't have spectrum? Sapolu has been named one of the nations top young coaches and on the Warrior sidelines stands our savvy and inspiring journeyman of a coach in Todd Graham. I love Coach Graham's track record and I'm looking forward to see Hawaii's new brand of Football!!! GO WARRIORS!!!! 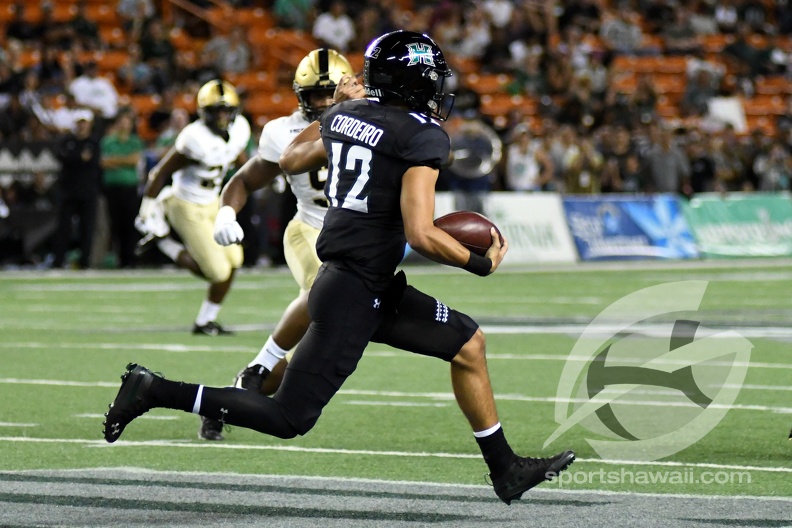 Will Spectrum be televising UH away games? I'm hoping the MWC away games go to Stadium and Stadium puts it on Facebook. I've seen that a couple of Fresno games (2nd, 3rd game) had to go to Thurs./Fri. because the games were owned by CBS and Fox.
Top

shrek2 wrote: ↑
Mon Oct 05, 2020 11:38 am
Will Spectrum be televising UH away games? I'm hoping the MWC away games go to Stadium and Stadium puts it on Facebook. I've seen that a couple of Fresno games (2nd, 3rd game) had to go to Thurs./Fri. because the games were owned by CBS and Fox.

It appears that the order of game picking will be CBS, Fox, then Spectrum. With only 8 games there may not be very much left for Spectrum, and much less money for UH from TV rights.
Cats don't have owners. Cats have servants.
Top

I'm kind of excited about seeing GJ Kinne on field calling the plays; maybe the QB whisperer that UH hasn't had along with Bo Graham up in the booth. Looks like there's a winning combination on coaching the offense. Wonder who's going to be shouting words of encouragement to the offensive line on the field?
Top

st808
First guy off the bench

they should be able to hear graham from the booth with no fans in the stands.
Top

they should be able to hear graham from the booth with no fans in the stands.

I guess their Offensive line coach is Sam Bennett who is also the run coordinator. It may be a challenge for Bennett against the likes of Wyoming. Don't know much about FSU since they have a new coach. Hopefully they have some GAs that can motivate an offensive line that has a history of false starts and holding.
Top

Fresno's offense sounds good with lots of returning players, a Washington QB that challenged Eason and a returning offensive coordinator. Should be a good game without a hostile fan crowd. It will be a good test.
Top

Since this will either be carried by Spectrum or the local Fresno telecast, I hope that they will make the game available on Facebook through Stadium for those on living locally in the area. Ie, Hawaii (Spectrum) and Fresno (who knows who will carry it). It will get brownie points for not only UH fans but families and friends of players on the team who wont be able to get it because its not nationally televised.
Top

One week away, let's go! I tired of watching UCF's defense blow these close and exciting games and then their fanbase come out and call for Heupel to be fired after losing six games in three seasons. I'm just worried about our offense going uptempo cause these UCF games lasting 4+ friggin hours is too much
Top

sarvicdar
First guy off the bench

ESPN projects Fresno's chance of winning this game at 70%. While this looks insurmountable these odds convert to roughly/only a +6 point spread for underdog Hawaii. So anything is possible in this game for Hawaii in view of ESPN (and critics) ominous prediction. In last year's game, Fresno winning 41-38, Hawaii played terrible giving up 500 yards of total offense, with Fresno gaining roughly 300 yards on the ground. In that game Hawaii mucked it up (135 yards in penalties). Yet still outgained Fresno by 50 yards in total offense with CM uncharacteristically completing roughly/only 50% of his 52 passes. Look for Hawaii to be better reigned and disciplined under Graham+ with better QB play. Fresno's RB Rivers and Mims will present a challenge for Hawaii defense but I say Hawaii's defense will be better this season, especially with a healthier Pritchard and Vega and the addition of three defensive linemen transfers and a new DC, +SC (whom has promised that the players are in great shape-per Tsai's article).. Hawaii should be able to move the ball on Fresno as Fresno loses its heart on defense-2 top LB (esp. Rice), S, DB, DL. In this game I see Hawaii's offense in no huddle, up tempo, and in a lot of RPO on QB rollouts (similar to what KC does). I like Hawaii's chances in winning this game as I believe in Graham (by watching past ASU game, the culture he brings, and the way he gets the best out of his players).
Top

sarvicdar
First guy off the bench

The writer for mwwire. com has an interesting take. He lists 3 keys to a Fresno victory, drum rolls Fresno's new HC, QB, RB and team, finds every shortcoming in Hawaii's game ... and then
predicts Hawaii winning 38-34. This I like. No homerism. Just his unbiased opinion.
Top

Is it a surprise that Hawaii if Fresno's homecoming?
Top