The new film Ford v. Ferrari features British driver Ken Miles prominently. We dug into our
archives to get a better picture of the man. 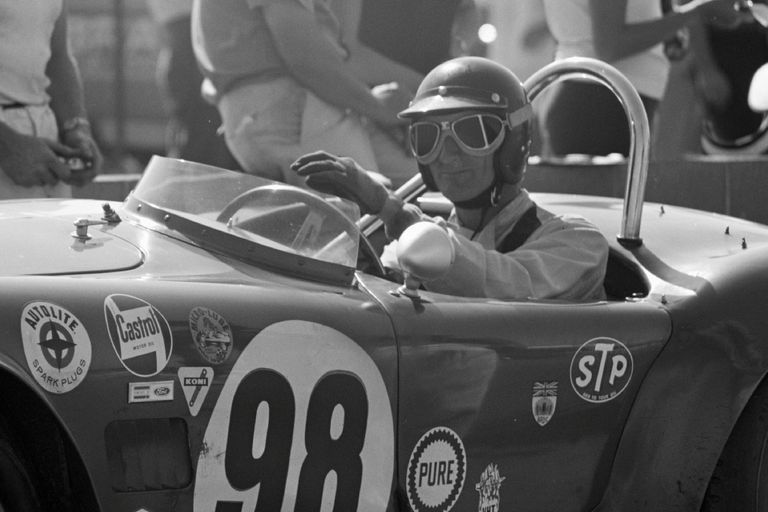 The death of Ken Miles has created an unique sort of void in the lives of an uncommonly large number of people. Personally
I have known no other driver whose death has touched so many people in some private, special sort of way.

Ken was killed at Riverside Raceway on Aug. 17 while testing one of the Ford J-car prototypes. The testing program that was
being carried out was to determine whether the J-car was suited for participation in this fall’s Canadian-American Championship
series. A series of trouble-free laps had been made before the accident and on the final lap there was nothing to indicate anything
wrong as the car came down the backstretch at about 175 mph.

All the Automotive Events Delayed or Canceled Due to Coronavirus [Updated]

IndyCar and its drivers plunge into eSports during racing shutdown

The 24 Hours of Le Mans Has Been Postponed

Speed on the football field is one thing, but speed behind the wheel is another...Brandon, Chad, Fred
and Channing get the experience of a lifetime riding as a passenger with Dale Jr Earnhardt at Charlotte
MotorSpeedway to launch our collaboration with Nascar.